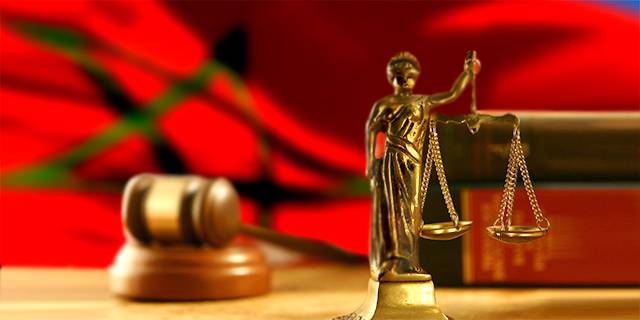 Alternative dispute resolution have seen increasing interest at the level of various legal and judicial systems due to their flexibility, speed of decision and confidentiality.

On this basis, many legislations have hastened to crystallize them in most areas because of their role in speeding up procedures and facilitating procedures.

Morocco’s role in this context is also not hidden, like other countries that have been keen to activate alternative mechanisms for conflict resolution, so that it has worked to conclude international agreements, in addition to organizing seminars, study days and training courses for researchers and those interested in studying these mechanisms and to identify its important role in resolving various forms of conflicts, especially those related to the family as the basis of society and the strength of its stability.

The question that we will try to answer in this regard with focus; let’s first review the reality of family reconciliation through the extent of activating the reconciliation ruler or the role of the two rulers and the Family Council.

1- regarding the peace agreement :

One of the most prominent problems that prevent the effective removal of the family reconciliation rule is the Moroccan legislator’s failure to regulate reconciliation under clear special provisions that reflect its importance as an important mechanism for family stability, which was mentioned in various places under Articles 82-83-94-95-113-114 of the family code.although the courts relied on this mechanism, it did not achieve the desired results. one of the most prominent reasons is the failure of the parties to adhere to reconciliation in most cases of divorce and divorce.

Extrapolating the statistics of the Family Justice Departments for the year 2013 and until the month of September 2014 issued by the Ministry of justice and freedoms, it is clear that the number of cases of termination of the marital relationship that ended in reconciliation in divorce cases rose steadily from 2005 to 2009, but it was noted that starting from 2010, the number of cases that ended in reconciliation became a significant decrease, as it moved from 10076 in 2009 to 8322 only during 2010, to a slight increase in 2011, 9,848 cases of reconciliation were registered, up relatively to 14,625 cases of reconciliation in 2012, and then to decline again during 2013 with a total of 10,389 cases.

This makes us emphasize-as we have stressed in previous writings and in various places-the need to focus on raising awareness and awareness of the importance of reconciliation and its place rooted in Moroccan culture, which requires adopting an awareness-raising approach to protect the family in addition to the legislative approach, of course.

2- the limited role of the AL-hikmeen Foundation and the Family Council:

2.1-for the foundation of the two rulers

To the family’s credit, the family code has agreed to the optimal purpose of sending the verdicts, stating in accordance with Article 82 :” when the parties are present, discussions are held in the consultation room, including listening to witnesses and to whom the court deems it useful to listen. The court may carry out all procedures, including the assignment of two judges or the Family Council, or whoever it deems qualified to fix the same, and in the case of children, the court shall make two attempts at reconciliation separated by a period of at least thirty days.If there is a reform between the spouses, a record is drawn up and it is attested by the court.”

However, the legislator has not defined the two provisions or the conditions that must be met in them, which requires reference to the rules of Maliki jurisprudence in accordance with article 400 of the family code.

2.2-regarding the Family Council:

Although the Family Council is a mechanism provided for in the Moroccan family code, it faces several obstacles that prevent its actual download, which may be due to several reasons, including at the legislative level, the failure to specify the requirements of Decree No. 02.04.88 for the stage at which the court must appoint the council, whether after restricting the article or after the failure of the attempt to reconcile, and the decree 02.04.88.

The actual implementation of this mechanism is also hindered by the lack of knowledge of its importance and role by the conflicting parties, and sometimes even ignorance of its existence, in addition to difficulties that may hinder the formation of the Family Council, as it requires the presence of the judge as chairman, father and mother, guardian or presenter, in addition to four other members chosen or appointed by the president from among the parents of the husband and wife, or one of them, if necessary, not all members may meet in the same council.

Despite the constraints that stand in the way of activating the role of this council, we believe that it is an important and promising mechanism to bet on in resolving family conflicts.

3- at the level of the defense institution and the role of the disputants in the reconciliation process:

It is unreasonable, as we are in the process of searching for a constructive approach to confront the crisis of family disintegration with its effects on the members of the same family or on society as a whole, the most obvious manifestations of which are the abandonment of reconciliation and the encouragement of rivalry or reluctance to urge reconciliation, to hold the judiciary solely responsible for the failure of attempts at reconciliation, but the conflicting parties have a role in this, without losing sight of the role that some institutions may play in establishing a conciliatory culture between the disputants, such as the defense institution.

3.1 – What is the role of the defense establishment in reforming the same

The legal profession with its lofty meanings of morality, values, nobility and fairness, besides the fact that the lawyer is the first destination with which the litigant communicates before the dispute is brought before the judiciary, which highlights the important role that the lawyer may play in urging his client to explore the possibility of making peace with the other party, which will constitute a victory of values and in Article 43, the lawyer must urge his client to take the path of reconciliation or other alternative methods before resorting to The judiciary.

3.2-What is the role of the opposing parties in the failure of the reconciliation attempt?

The issue becomes clear after researching the justifications provided by the spouses, for example, when they seek a divorce judgment, as most of them consist of negligence, lack of understanding and difference of character, which hinders the success of any attempt to reconcile, except in very rare cases.let us emphasize once again that this crisis, which we call the” crisis of dialogue and negotiation in the conflict”, is due to the absence of a culture of negotiation between individuals, which is a serious issue that sounds the alarm that threatens the security of the family and society as a whole, the collapse of the family system with its consequences: displacement, deviation, etc… It is imperative to combine efforts, whether at the level of the legislative text, scientific research or civil society, in order to adopt a comprehensive and proactive approach to combat the crisis of family disintegration with its effects on both the family and society.

From these points of view, the importance of openness to various friendly mechanisms for resolving conflicts in the family matter is clearly evident, and the Moroccan legislator has adopted the same trend by dedicating it to family reconciliation, but the advancement of this mechanism in order to fulfill the purpose for which it was established and to overcome the obstacles, whether at the legal or factual level, that prevent the effectiveness of reconciliation in the family conflict, all this calls for attention to the rest of the alternative techniques for resolving family conflicts, such as mediation, taking into account the specificity of Moroccan society and the specificity of the position of the family, it is the basic building block within it, and the continuation of family relations means building a more cohesive and stable.

– Statistics of Family Justice Departments for the year 2013 and up to the month of September 2014 issued by the Ministry of justice and freedoms under the title: justice in numbers – December 2014.

– Law No. 28.08 amending the law regulating the legal profession.

Information about the author

Faculty of Law, Economic and Social sciences,FES,kingdom of Morocco