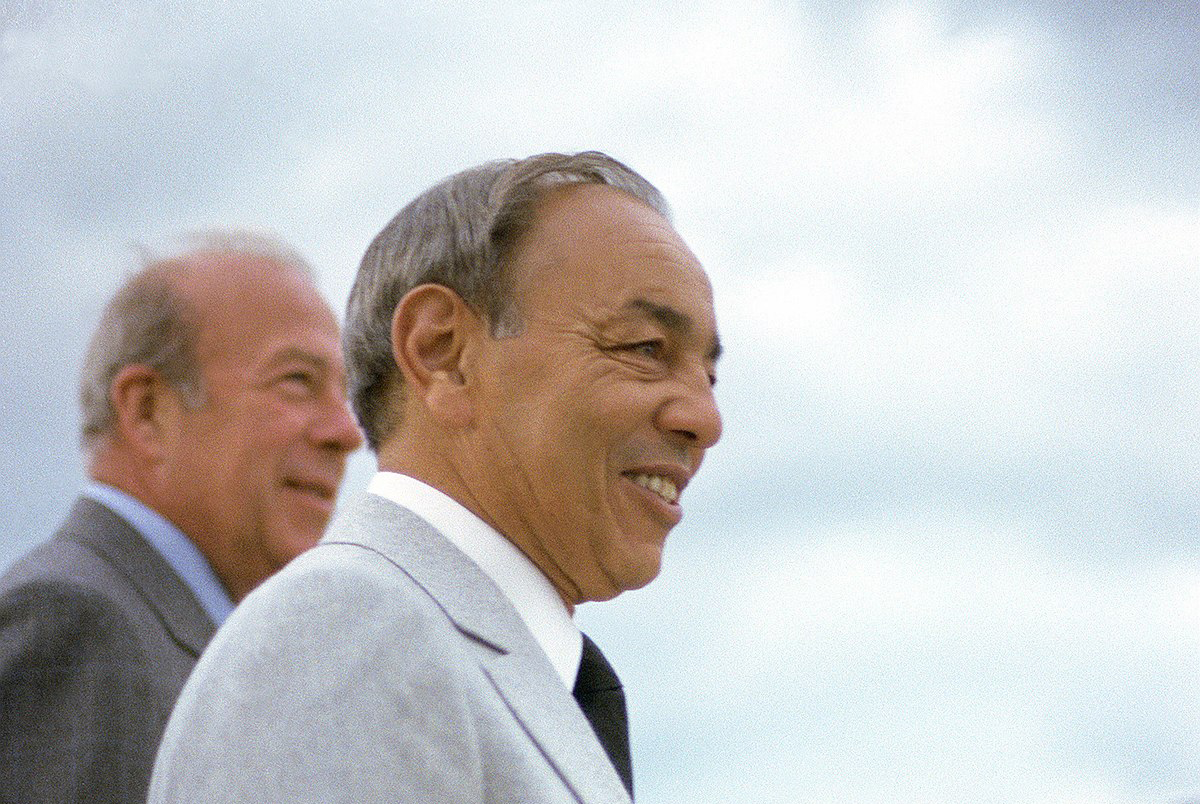 Western Sahara: History and Facts About a Disputed Moroccan Territory

Western Sahara is a disputed Moroccan territory in the southern provinces of Morocco, bounded by the Atlantic Ocean to the west, Mauritania to the south, and Algeria to the east, the state that continues to support the Polisario Front, for the purpose of separating Western Sahara from Morocco, under the pretext of self-determination, while refusing to implement the same proposal in its northern territories, meaning the Kabylie region, which is still claiming the same right.

Geographically, Western sahara is a sparsely inhabited region, due to several reasons such as bad weather conditions in this geographically difficult desert region. It contains many historical monuments and buildings such as mosques and kasbahs.

The disputed Moroccan territory includes two big regions, Laayoune-Sakia El Hamra and Dakhla-Oued Ed-Dahab, in addition to some parts of Guelmim-Oued Noun, according to the regional divisions adopted by the Kingdom of Morocco in 2015.

Laayoune-Sakia El Hamra is a region in northern Western Sahara, stretching between Cape Bojador and the region of Guelmim-Oued Noun. Its area is about 82.000 km². It includes two main cities, Laayoune and Smara. In general, the climate is quite arid, and precipitation is erratic and sometimes completely absent for many successive years.

The other region, Dakhla-Oued Ed-Dahab, remains an important trading hub in Western Sahara due to the great investments in these southern provinces by the Kingdom of Morocco. Its area is 184.000 km², and the climate is as dry as the previously mentioned region, Laayoune-Sakia El Hamra. As we are writing these lines, Dakhla is the principal city in Dakhla-Oued Ed-Dahab.

Western Sahara contains some important cities, mainly Laayoune city, the historical capital of Western Sahara, during the period of the Spanish Sahara, noting that this region wasn’t independent from Morocco, with the exception of the Spanish colonization period.

The origin of the name of the historical capital, Laayoune city, comes from the Arabic name “water sources”. It was actually developed by the Spanish colonisation as the administrative, military, and European population center of the province. The city was historically under Moroccan control despite several attacks launched by the Polisario Front with the support of Algeria. Despite this proven historical fact, Morocco didn’t treat Algeria in the same way, considering the brotherly relations between the leaders and peoples of the two countries, as well as the historical attempts to build a unique and strong Maghreb Union.

During Spanish colonisation, the historical capital of Western Sahara received significant investments from Morocco in favor of local residents, including new schools, roads, sporting facilities, and housing projects, as well as a large desalination plant.

The reign of King Hassan II was very special in the history of Morocco. His Majesty the late King Hassan II was born on July 9, 1929 and died on July 23, 1999. He was actually a law student with a law degree from Bordeaux University, France. After the death of his father, the late King Mohammed V, he tried to democratize Moroccan political system as King of Morocco through introducing a new constitution.  He made great achievements lie in the first constitution in the modern history of the independent Morocco, while maintaining an executive branch headed by His Majesty, in addition to some social and economic reforms following the coup attempts between 1971, 1972 and 1973. Nevertheless, the Green March remains the unique and greatest event of  the reign of His Majesty King Hassan II.

The region of Western Sahara witnessed one of the most historical moments in its modern history, the 1975  Green March. It was the initiative of His Majesty the late King Hassan II, the former King of the Kingdom of Morocco. He called for a Green March of 350.000 Moroccans in order to reclaim the southern provinces.

The Polisario Front, backed by Algeria, tried to defeat this peaceful march. This was a new era of long-standing dispute.

The war began between Morocco and the Polisario Front when some members of the so-called “Popular Front for the Liberation of Sakia El Hamra and Oued Ed-Dahab”, demanded support from Algeria to separate Western Sahara from Morocco. Algeria accepted the claims of the Polisario Front and began to support it with bases and military aid. During the 1980s, thousands of motorized and well-armed troops, harassed  Moroccan military in Western Sahara. The Kingdom of Morocco responded through building an earthen barrier in northern Western Sahara which was completed by 1987. This front is still trying to separate Western Sahara from Morocco in order to establish an independent state in these Moroccan provinces called “Sahrawi Arab Democratic Republic”. The Polisario Front demanded the right to self-determination in order to achieve this goal. Absolutely, this is the inalienable right of all peoples of the world. The United Nations General Assembly Resolution 1514 issued on December 14, 1960, regarding Independence to Colonial Countries and Peoples, focused on the struggle of peoples and their resistance to foreign colonial regime. It emphasizes the right of self-determination for all the peoples of the world, considering this right is an expression of their will to freedom. However, this principle, the right of peoples to self-determination, doesn’t mean each group or people has the right to divide independent countries such as in the case of the southern provinces. According to Article 6 of the United Nations General Assembly Resolution 1514, every attepmt aimed at destroying, wholly or partially, the national unity of any country, is against the purposes and principles of the United Nations.

In general, the reign of the late King, His Majesty King Hassan II, enjoyed many years of stability despite of the repercussions of the war on the political and economic situation in Morocco. The wise leadership of His Majesty led the Kingdom of Morocco to safety, peace and prosperity. The handling of this case, the case of Western Sahara or the southern provinces, faced some challenges, but the current leadership, His Majesty King Mohammed VI, tried to solve all the main problems in order to win this legitimate case, meaning Moroccan sovereignty over Western Sahara.

His Majesty the current King of Morocco, King Mohammed VI, tried to overcome the problems that occurred during the reign of the late King Hassan II, through several stages, the first one was internal by promoting national unity through establishing the Justice and Reconciliation Commission. Later, the Kingdom of Morocco, through His Majesty King Mohammed VI, clearly demonstrated the goodwill and clear desire to solve this long-standing dispute by implementing the idea of autonomy in the southern provinces of Morocco. This brilliant idea has received special praise from the international community. It is a unique and ideal solution to solve this conflict. The autonomy project proposed by the Kingdom of Morocco was supposed to be implemented through various steps.

His Majesty King Mohammed VI has ordered the release of many detainees in a prison located in the major and historical capital of Western Sahara, Laayoune city. Furthermore, King Mohammed VI has appointed the members of the Advisory Board for Western Sahara Affairs, established by the former King of Morocco, His Majesty King Hassan II. The Board was formed from paramount chiefs and representatives of civil society organizations, including representation of female. This advisory board was in charge of providing some perceptions about the autonomy project in Western Sahara, within the framework of national unity and Moroccan sovereignty over the southern provinces, in addition to presenting some suggestions regarding the return of refugees and detainees in Tindouf, south west of Algeria.

Subsequently, the Kingdom of Morocco began the development process in the southern provinces through establishing developmental projects for the benefit of the population of Western Sahara.

The most important project was the creation of 120.000 job opportunities in these southern provinces. This ambitious vision will provide many job opportunities for the youth of Western Sahara, in addition to transforming the territory into a major trading hub in Africa.

The kingdom of Morocco is also on its way to achieving competitive commercial hubs capable of establishing new growth dynamic meant, and creating job opportunities for youth and women, in addition to enhancing integrated development, valuating the cultural dimension based on responsible governance within the framework of advanced regionalization, fostering a culture of human rights with the aim of consolidating democracy, ensuring sustainable development and strengthening the road networks linking the southern provinces with the rest of the country, on the one hand, and with sub-Saharan African countries, on the other. These projects will led Western Sahara to move to an ideal development paradigm puts the citizen at the core of its interests, through strengthening engine of development, accompanying the productive sector and integrating small and medium entreprises, promoting social development, Hassani culture and sustainable management of natural resources, preserving environment, and extending the powers of regions in order to allow them working mechanisms and innovative funding modalities.

The economic dimension is well articulated in the development paradigm for Western Sahara. It aims to restructure growth and development drivers according to a program supporting productive sectors, in addition to creating thousands of agricultural jobs, diversifying sources of income, and optimizing the use of natural resources.

Within the framework of agricultural development projects in Western Sahara, the Kingdom of Morocco has completed tens of developmental projects, in addition to creating  thousands of job opportunities related to the fisheries sector.

The ecological dimension is also essential in this development paradigm because the Kingdom of Morocco gives a great importance to the goals of sustainable development, especially those related to preserving fragile ecosystems, and developing renewable energy.

Moreover, the kingdom of Morocco almost completed the Atlantic Highway Tiznit-Dakhla for the purpose of ensuring the promotion of commercial activities between the southern provinces and the rest of the country, in addition to improving means of transportation and developing road safety.

The Kingdom of Morocco continued its developmental path by establishing different projects abroad, namely in sub-Saharan African countries, in order to strengthen its position in Africa  and then declaring, by January 2017, the return to the original home, the African Union.

On December 10, 2020, the former president of the United States of America, Donald J. Trump, ended a long-standing dispute by anouncing that the United states of America recognizes Moroccan sovereignty over Western Sahara by stating the following:

“The United States recognizes Moroccan sovereignty over the entire Western Sahara territory and reaffirms its support for Morocco’s serious, credible, and realistic autonomy proposal as the only basis for a just and lasting solution to the dispute over the Western Sahara territory. The United States believes that an independent Sahrawi State is not a realistic option for resolving the conflict and that genuine autonomy under Moroccan sovereignty is the only feasible solution.”

Despite the anouncement of this historical proclamation on recognizing the sovereignty of the Kingdom of Morocco over Western Sahara, Algeria and the Polisario Front are still seeking to separate these southern provinces from Morocco.

As a result, all the facts and historical evidences support the idea of Moroccan sovereignty over the territory of Western Sahara. The other principal party in this conflict, namely the state of Algeria, must follow and respect the aforementioned proclamation, as well as recognizing Moroccan sovereignty over this disputed territory, supported by facts and evidences, in order to overcome this main dispute in the region of North Africa and then seek to unify the countries of this region through building a strong Maghreb Union.